Essential TV Shows for Broadcasters - Be On Air

If you are considering going into broadcasting, you probably have a love for all things television and production. But what actually goes on behind the scenes when the cameras are and are not rolling? After all, you don’t really get to see any of that on TV. With the help of a few television shows, however, it is possible.

If you want to learn some of what it takes to make it in the broadcasting business and what goes on behind the cameras (or even in front of the cameras when they’re not rolling), checking out some of these TV shows is a great idea. Many of the shows are no longer on the air, but you can find them on streaming services or just pick up the DVDs.

So, whether you are going to school for broadcasting or just looking into it, you should check out some of these shows.

The Daily Show is starting up with new host, Trevor Noah, after Jon Stewart left the program earlier in the year, but it still has the same production value and style. It is a satire based news program that combines news and humor. If you are interested in broadcasting and want another take on ordinary news, this is a fantastic show to check out.

The Soup is a long running E! network program that discusses celebrity news and gossip. It has a very low production value as it is more or less just one individual with a green screen behind them and a camera up close to them. It shows that content and subject matter is often more important than a large budget. Tosh.0 is a similar show although it covers Internet videos. If you are not interested in celebrity news but enjoy online video content, this might be a show for you to check out.

These are fictional television programs that show different sides of the television business. Candice Bergen, who plays Murphy Brown, works in the newsroom of a television studio. A good deal of the show revolves around her rise through the corporate ladder, meeting deadlines and attempting to maintain a personal life.

Moving from comedy to drama, The Newsroom is a serious HBO program that shows the cut-throat nature of the television industry. There are big personalities in television and when everything must be done quickly and effectively without any kind of leeway, the show displays the make-or-break attitude of the news world.

Home Improvement focuses on Tim Allen, who plays Tim “The Tool Man” Taylor, a home improvement host living outside of Detroit. This takes a comedic look on running a show, but it is a fun peek inside the life of working on a live, locally-produced show with a studio audience.

Be On Air provides a wide range of media programs to get you up and running. Contact us today!

Tips for Shooting Video for Broadcast 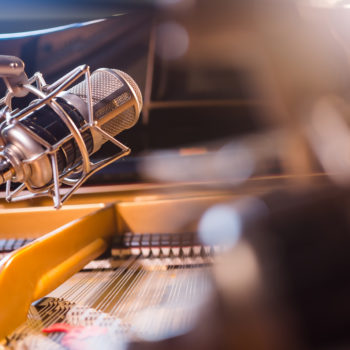