The Rise of Hispanic Social Media Careers & How to Get In

The Rise of Hispanic Social Media Careers & How to Get In 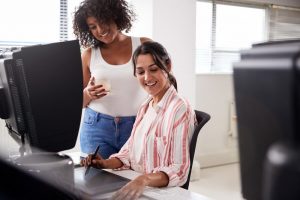 As of 2019, U.S. Hispanic consumers wielded around $1.5 trillion in annual buying power. By 2023, that number is projected to surpass $2 trillion. The significance of this market segment has led to an ever-increasing interest in media and marketing channels that can earn the trust, respect, and awareness of Spanish-speaking audiences. For people interested in Hispanic media careers, that is good news.

In 2009, less than two-thirds of U.S. adults of Latin American descent used the internet. By 2015, that number had climbed 20 percentage points. Today, it is even higher. Plus, social media usage amongst Hispanic Americans has skyrocketed, mainly driven by younger generations.

This is made even more significant from an economic perspective due to the social aspect of buying decisions for U.S. Hispanics. Everyone tends to look for social proof when making purchases. This is why reviews and recommendations are so important to brand success. However, research suggests that this is even more prevalent with Hispanic Americans. They are about 10% more likely to be consulted by friends and family before purchase decisions than the overall population.

While many U.S. Hispanic adults are fluent in English, a large number use Spanish at least some of the time on social media. Furthermore, there are more than 41 million Americans who speak Spanish at home. In other words, Spanish-language media has a large audience. More specifically, there is a substantial audience for Spanish content on social media.

Social media and digital content offer something that conventional media does not: individual targeting. You don’t need to rely on broad demographics or channel choice to target your content. You can create Spanish-language media online that will reach Spanish-speaking users.

In other words, there is an audience that wants to consume Spanish-language content and a way to deliver it to that audience. Spanish language social media careers are promising.

Although marketing tends to be a big driver of media research, there is a lot more value to social networks than just selling things. For example, Spanish speakers (and others) use the platforms to discuss health issues such as cardiovascular disease. For topics such as this, trust and integrity are even more essential. Those who can connect authentically with the audience are posed to do well professionally.

Similarly, many U.S. adults of Latin American descent are likely to use smartphones to connect, partially due to a high percentage of people employed in essential and service jobs. Therefore, recent events have helped to make social media even more important. It may also help drive the importance of Hispanic media careers.

Additionally, the COVID-19 pandemic has helped to highlight concerns about information authenticity and factuality. Rampant misinformation (both intentional and unintentional) has been a problem and led audiences, especially Latinx Americans, to be skeptical of what they are hearing and reading. Addressing this issue will require careful attention to tone, voice, and authenticity.

The ever-increasing importance of Spanish language social media means that there are more and more media opportunities for Spanish speakers. People who are fluent in Spanish, especially the dialects spoken by various large U.S. Hispanic groups, can play an important role in conceptualizing, creating, and delivering content for Spanish speakers on social media and other channels.

Notably, this trend extends beyond just speaking and writing Spanish. It also applies to the cultural norms and traditions of U.S. Hispanics. Authenticity and trust are especially important for this audience. Therefore, media needs to be created by those who can present a genuine voice. Although Latin American adults in the U.S. are connected with the latest digital trends, they also tend to consider it important for future generations to continue cultural traditions. Balancing these two preferences is a key challenge to address.

Of course, the Hispanic and Latin American communities in the U.S. are far from homogenous. Understanding those differences is one of the essential elements that need to be better integrated into media for Latinx audiences. People who can offer significant insight into the needs of different Spanish-speaking audiences have a major role to play in the media industry. Social media careers are a big part of this. However, it extends to traditional media and other aspects of digital media as well.

Professionals who can blend social media skills with an authentic Hispanic voice are in significant demand. Developing those skills, especially learning how to boost ads and content effectively, could help social-media-savvy Hispanic adults to land social media careers.

Anyone who wants to take advantage of the Hispanic social media career opportunities should pursue a relevant education. Naturally, a large portion of this is learning about media production and broadcasting. However, there are some unique characteristics and nuances of Spanish-language media that should be learned through training, experience, or the classroom.

Some relevant topics include studio terminology and practices, legal requirements, how stations are organized, channel assignments, performance principles, formats, and the development of Hispanic media. Ideally, education should include both classroom theory and hands-on practice. For social media, students should also learn about digital design, content management systems, and linked journalism.

The right education can help you to land an entry-level position in the industry. Perhaps more importantly, it can provide you with a well-rounded foundation to build a career on.

As you gain experience, you will have more opportunities to take on new responsibilities. People who are interested in working in digital media may have an easier time advancing quickly because it is much less steeped in tradition than conventional media. Plus, it is clear that social media is poised to be an important channel for reaching Hispanic audiences.

Get Started on Your Media Career

You can learn more about Hispanic media careers at the Media Schools, located in Colorado, Ohio, Illinois, and Miami. We offer programs in video, audio, media, and radio. Plus, we have special programs specifically for Spanish language media. This is an important segment of the industry with numerous opportunities. Learn more today or apply now. 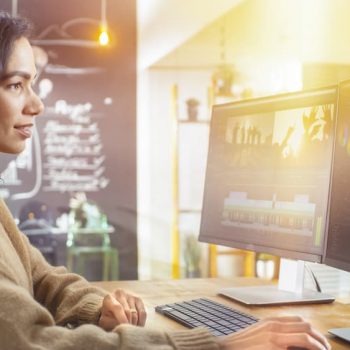 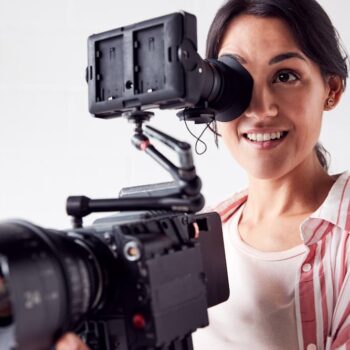 Do You Have What it takes to Succeed in Film?