Radio Adapts to Stay Relevant as A Career Choice

Radio Adapts to Stay Relevant as A Career Choice

Radio has been a staple of our society and a massive part of the media industry since its inception more than a century ago. Radio as a form of entertainment swept the globe in the 1920s and 30s, finding its way into the home of virtually every American over the decades.

But today, many people would argue that radio has become obsolete – but those people would be very wrong. In fact, radio hasn’t disappeared; it’s simply adapted. Even as plenty of media pundits make sweeping predictions about the end of radio, we’ve seen just how adaptable this one-of-a-kind technology really can be. In the modern-day media industry, radio has continued to find innovative new ways to meet consumer needs and fill specific niches in the marketplace.

For anyone that’s considering getting a job in radio, the forecast couldn’t be better. Because radio has done such an exceptional job of evolving alongside technology and consumer expectations, it’s managed to stay incredibly relevant as a career choice. Despite being a form of technology that originated more than 100 years ago, we can say one thing for sure: radio won’t be going anywhere anytime soon, and neither will your career prospects. 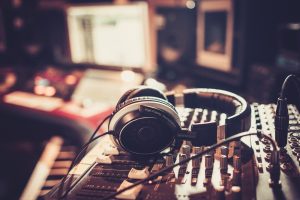 According to Nielsen ratings shared by RadioWorld, AM/FM radio is still the number-one platform for Americans. About 93 percent of adults in the U.S. listen to radio every week, which is even more than the number of people who watch TV or use smartphones.

And even though you might assume that it’s older generations that are sticking with radio, about 95 percent of Millennials (ages 18-34) are tuning in every month. In total, more than 243 million Americans are enjoying AM/FM radio every month – as you can see, radio is still holding on strong.

Why Radio Will Remain Relevant

So, what exactly is it that has kept radio as a fixture in the worlds of news and entertainment? Ultimately, it’s a combination of the characteristics that radio has always had and the numerous ways the industry has adapted. This balance of tradition and innovation has proven to be extremely effective in helping radio maintain its space in our society.

Here are just a few of the reasons that radio matters, and likely always will.

Radio is created by and for locals.

Content for digital streaming, television, and satellite broadcasting is typically generated for widespread consumption, sometimes even targeting an entire state of all of the U.S. However, radio is often both produced and consumed locally. As a result, elements such as the news and advertisements are all relevant to a local audience, keeping them informed about the various events and businesses within their immediate area.

For many people, this is something that no other platform can offer.

Radio can serve as a source of immediate information.

When it comes to breaking news or even timely advertising, no platform can measure up to radio. Because radio often requires far less production time and equipment than television news, your local station can be on the air broadcasting much faster than any TV channel.

If you compare radio to streaming platforms, the technologies may be different, but radio still comes out on top. With radio, it’s much simpler to get remote coverage on the air. Modern-day equipment and technologies allow radios to transmit very high-quality audio to a station over an IP or other network. This means that radio has the massive advantage of being able to tell a story from almost anywhere.

Radio is a very cost-effective medium.

Many people don’t realize that radio tends to deliver significantly more consumers per dollar spent when compared to almost any other form of media. Because of this, it is viable to create niche programming at an affordable cost.

With just a single radio transmitter, a station can reach its entire coverage area. In contrast, the cost of distributing streaming services requires a new path for each individual listening, racking up the effort and cost for the network and server. This means that a producer can dream up a very niche idea for a radio show, with the full confidence that the content can reach a diverse audience without requiring a significant investment.

How is Radio Changing in our Technologically-Advanced World?

These days, when you want to listen to the radio, you have a plethora of options. As listener expectations have become more sophisticated, radio has more than risen to the challenge. This ability to keep up with the fast pace of technological change has ensured that radio stays relevant.

Here are some of the ways that radio has recently evolved for the modern-day listener:

Using AM and FM bands, digital radio systems have expanded the options for channels and content dramatically. Because this delivery method utilizes analog stations’ existing transmitters, it doesn’t require any special updates or purchases. As a result, listeners are eagerly adopting digital in-band technology, which is excellent news for the radio industry.

Consumers want more than ever to be able to actively engage with content, which is something that could be challenging with traditional radio. But a new approach that blends over-the-air AM/FM radio with a specialized path over cellphone networks makes it all possible. Listeners can interact with the content in a new way, enriching their overall listening experience and nurturing a new level of interest.

Gone are the days when you had to constantly re-tune your radio, and actually, most of us are also saying goodbye to traditional radios as well. Now, you can listen via digital radio platforms and specialized networks that make it easier to enjoy your favorite content. In your car, on your smartphone, and even via your computer, you can tune in and enjoy a more diverse range of radio shows than ever before.

There’s no question that radio will continue to evolve alongside technology, and the possibilities for jobs in radio will only expand. Radio isn’t outdated; it has simply transformed – the way we listen to radio today looks nothing like what it did 20 (or even 10) years ago. But if you’re dreaming of working in radio, this just means that your career future holds plenty of growth potential.

No matter which direction you hope your professional path takes you, starting with education is key. As a highly competitive industry, media can be very difficult to break into if you’re not armed with the proper skills and training. But with a radio broadcasting degree, you’ll be well-prepared and have a competitive edge.

At the Media Schools of Miami, Colorado, Illinois, and Ohio, our radio and TV broadcasting program provides you with an in-depth understanding of the industry. Not only will you build the skills you need to work in a real studio, but you’ll be able to hone your talents and explore your passions. Plus, because our campuses have partnered with professional stations to offer radio internships in Miami, Chicago, Cleveland, and several other locations, you can get hands-on experience all while networking.

Learn more about how to get a job in radio – even as the industry changes at a rapid-fire pace – by requesting more information about our media degree programs today. 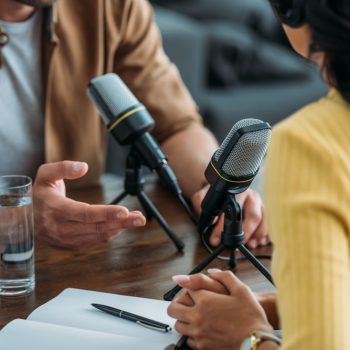 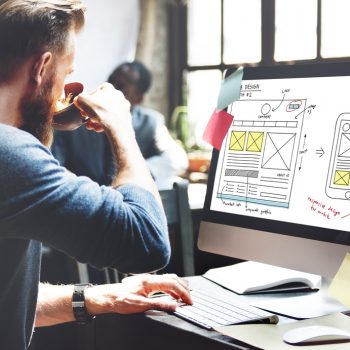