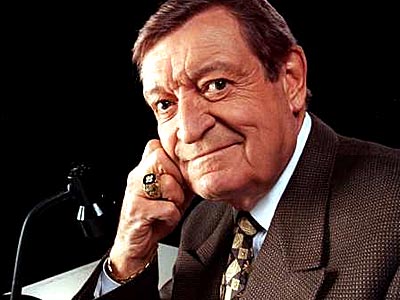 When you think about professional sports you may think of classic athletes like Babe Ruth, Michael Jordan and Walter Payton. Or maybe you think of present day greats who are still lacing up their cleats today like LeBron James, Tom Brady or Yasiel Puig instead.

Here are 10 of the top sports broadcasters of all time:

The voice of the Los Angeles Lakers, Chick Hearn is one of the sports broadcasters in history who actually has a statue in front of an arena as big as those of the players. Over his 36-year career with the Lakers he came up with phrases that we all take for granted like “air ball” and “slam dunk.”

Marv Albert was the voice of the New York Knicks for 34 years, but when they somehow let him go, he moved on to better things. Albert is one of the few sports broadcasters who has moved between radio and television and called hockey, football and basketball games.

Madden coached a Super Bowl-winning Oakland Raiders team in the NFL, but for most people, he’s an announcer first. In fact, there’s a whole generation of sports fans who grew up listening to him call games in the 1980s and 1990s. Madden is also the face of one of the best-selling sports video games ever, Madden NFL.

Caray started his broadcast career in the 1950s with the Cardinals, but he’s always going to be the voice of the Chicago Cubs for most people. His best-known phrase is, “Holy Cow!”

Red Barber called MLB games for the Brooklyn Dodgers, New York Yankees and the Cincinnati Reds for over four decades. Often called “Big Fella,” in sports broadcast circles, Barber came up with the legendary term “can of corn” for an easy fly ball to catch during his illustrious career.

Jack Whitaker might not be a name you know, but his coverage of golf and horse racing made him a mainstay at CBS for more than 20 years. He was also present for the first Super Bowl.

Legendary voice of the Los Angeles Dodgers, Vin Scully is a name that pretty much every sports fan knows. Sports fans love him so dearly, that he’s even the model for countless sports broadcasters on TV, including the unnamed Simpson’s sports broadcaster who makes it into numerous episodes with his “Vin-isms.”

Known for calling baseball, pro tennis, college basketball and NFL games, Enberg is perhaps best known for his signature phrase “Oh my!” To this day he still calls San Diego Padres games at the age of 80.

Another name you might not be familiar with, Don Dunphy was known to boxing fans for his quick and relentless pace that made an exciting sport even more exciting. Dunphy called thousands of fights from the start of his career in the 1940s to the time he was inducted into both the radio and boxing halls of fame.

Best known for calling Monday Night Football, Al Michaels is one of the very few sports broadcasters to cover the Olympics, NHL games, NBA games and various NFL games. He also covered the 1980 men’s Olympic hockey victory over the U.S.S.R. known as the “Miracle on Ice.” 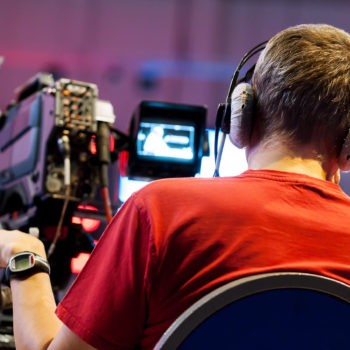 Five Struggles Only a Cameraperson Would Understand

5 Under Appreciated Jobs In Broadcasting