It wasn’t that long ago that green screen technology was a new, innovative arrival to the media industry – and now, it’s something that’s easily accessible to professionals and hobbyists alike.

Learning how to use green screen backgrounds for digital media production is a great way to elevate the quality of your work without spending big bucks. You don’t have to have a Hollywood-sized budget for a green screen, but the difference it can make is impressive.

We’ve put together this handy guide to getting starting with green screens, so you can learn more about how to use a green screen for your next project.

What is a Green Screen, and How Does it Work?

A green screen is precisely that: a (usually) solid green background, which can be used for digital media production techniques such as chromakey. Using a green screen, you essentially have a blank canvas to work with during post-production.

Shooting with a green screen opens an entirely new world of possibilities. First, you’ll film as usual (for example, maybe you’re filming a short film about a cast of misfit superheroes) in front of the solid-colored green screen. Then, you’ll “key out,” or digitally remove, the solid color of your background. From there, it’s simple to add another background scene as a replacement.

So, what might start as your star superhero jumping around in front of a green screen can be transformed into an exciting action sequence in which she leaps across skyscrapers in a single bound.

How to Use a Green Screen

Like any digital video production technique, there are three main stages to the green screen process:

Using a green screen means being ready for the “before,” “during,” and “after.”

Preparing to Film with a Green Screen

Odds are, if you’re thinking about shooting with green screen technology, you already have an idea that you’re interested in bringing to life. So, that first critical base is already covered.

There’s not an exhaustive list of the best green screens, mainly because the ideal fit depends on your budget, needs, and desired result. For example, a professional might be ready to invest in a full-studio green cyclorama, which uses a curved design to surround the subject with a green screen.

But if you’re working on a tight budget, you might opt for a DIY green screen instead. Some ideas for homemade green screens include a completely-flat wall or surface painted in a solid color, a fabric drape, or even a large board. The key is to create a completely flat surface with consistent color and zero texture or shine.

The proper lighting with a green screen can also vary based on your situation. Ideally, you’ll work with a three-point lighting technique. Whatever you have available, aim for an even, diffused light to avoid harsh shadows.

Shooting with a Green Screen

Once you’re on set, you’ll do all your usual preparations. But in addition, you’ll also set up your green screen. Be sure to test lighting configurations to achieve the best results, keeping an eye out for any light flare from an external source.

Also, be aware of the distance between your subject and the green screen. Try to maintain as much distance as possible while still maintaining the green screen as the entire background because it will make the editing process much more manageable.

Other tips for using green screens include:

Finally, editing is where the green screen is transformed. The exact process will differ according to your editing software, but you’ll essentially be removing the green screen and replacing it with your desired background. With some fine-tuning, you can create an incredible effect that must be seen to be believed.

Build Your Digital Video Production Skills to Jumpstart Your Career

When you enroll in one of the programs at the BeOnAir Network of Media Schools, with campuses in Chicago, Miami, Colorado, and Ohio, you can be taking the first step towards an exciting and fulfilling future. With options that include Video Production, Digital Media Production, and more, our programs offer something for everyone. 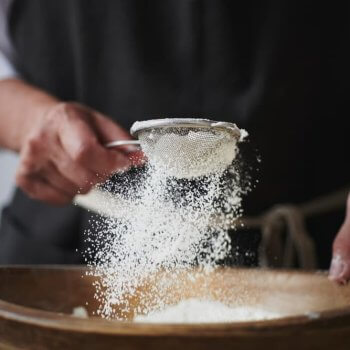 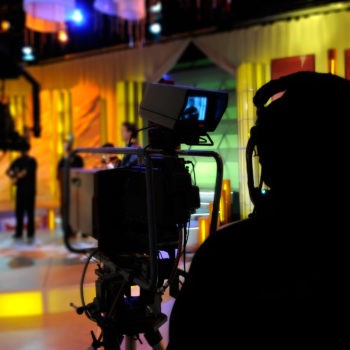