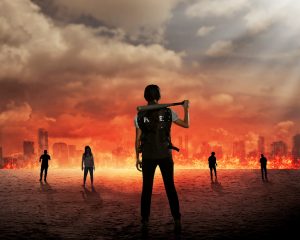 The most memorable fight scenes in movie history are remarkable because they use everything from dialogue to camera angles to create unforgettable moments. If you have ever wondered how to direct a fight scene, here are five tips that will help you set up the shots so that you capture all of the action.

Create a Pace and a Purpose for the Action

You have to build up to the best fight scenes. A steady build-up followed by a triggering event is necessary to get the action rolling. This helps fit the fight into the story line and move it forward.

Every step the actors take, every swing they make and every blow they strike needs to be accounted for before the cameras roll. Whether it’s Neo dodging bullets on a rooftop or Indiana Jones wielding a whip, choreography is the core of every great action sequence.

Create a Give and Take in the Fight Scene

No one likes to see a knockout blow in the first round. The best fight scenes show the hero as the underdog fighting against a far stronger and more powerful opponent. This staging creates tension in the moment and gives the audience a champion to cheer. During the fight, both the hero and the villain should take their share of hits.

Each blow will inflict wounds that affect the action. Knowing how to film a good fight scene means learning how to incorporate the effect of wounds into the action. For example, John McClane’s bare and bloody feet in “Die Hard” impacted his ability to retake Nakatomi Tower. Showing the wounds also includes showing how the fight changes the characters and sets up the next scene in the story.

Learning how to use the camera is the secret to knowing how to film a good fight scene. If you choose the wrong angle, your audience will miss the punch. If you choose an angle that is too close, the action will fly by in a blur. The camera angle and focus should be set so that the camera captures the details of the action so that the audience can absorb and process it in real-time.

Are you ready to improve your videography skills? Our Media Schools in Florida, Colorado, Illinois and Ohio have the classes and programs that can help you create Hollywood’s next great fight scene. Contact us for more information.

What is Audio Engineering?

Why Digital Marketing is a Great Career Choice for Recent Graduates