Our Cincinnati campus provides our diverse student body with the opportunity to gain hands-on experience. Through our multiple studios, classrooms, and video and audio editing stations, you’ll develop the necessary skills to chart your own media career path while living in a vibrant, booming city.

In fact, we believe that access to the greater Cincinnati community is one of the true benefits of attending. Beyond the low cost of living and massive brewery and food scene, you’ll also find wonderful park spaces and historic architecture that make the city one-of-a-kind. No matter who you are, you’ll find something for you in the Queen City. 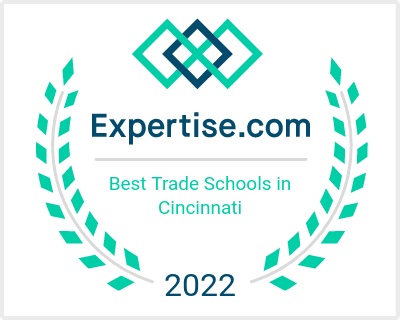 Since we opened in 1988, the Cincinnati Campus has successfully produced many local and national personalities. Don Juan Fo’Sho, Dan Carroll, Bruce Davis, and Solomon Wilcots all took their first steps into the broadcasting industry by choosing our program. Our 8 month, hands-on technical training gives you a step-by-step career path and the tools you’ll need to give you the competitive edge in this highly competitive field.

Winner of the ACCSC School of Distinction Award in 2013.

A Beautiful Location in
Cincinnati, Ohio

The Ohio Media School Facility is located in Cincinnati and is accessible to all major highways. The School has a fully equipped TV Studio and Master Control Room, in addition to five video editing stations. There are 2 classrooms with seating for 18 students and an instructor podium. Each classroom has a TV monitor wired to the audio studios. There are eight radio studios on campus. An entrance is readily accessible for the handicapped. Special parking areas are also designated for those with special needs.

Perhaps the most attractive thing about Cincinnati is its cost of living. Unlike other major cities, it’s pretty inexpensive to live here. U.S. News and World Report ranked Cincinnati as the 13th most affordable city to live in 2020 and 2021. This makes the city not only an excellent place to live but a place you may decide to set your roots.

Despite its relative inexpensiveness, you won’t be lacking amenities. You can keep your taste buds occupied and invigorated through the city’s wide array of restaurants and breweries. Ranging from the massive to the niche, your options mean you’ll always have a place to celebrate, dine, and meet up with friends.

Cincinnati sits solidly in the Midwest. With that, people often infer a lack of diversity within the population. That’s not the case with the Queen City. Each neighborhood comes with its own unique culture, and it’s worth it to spend a day getting lost in each one. There’s the posh Hyde Park, the hip Northside, and the bursting-with-activity at The Banks. This gives you plenty of living options and places to explore.

Finally, those that like to explore new cities will find Cincinnati’s closeness to other metropolitan areas appealing. Columbus, Indianapolis, and Louisville all sit within a two-hour drive. This makes it easy to take a day trip or spend a long weekend in a new place with its own culture and recreational activities.

Things to Do in Cincinnati

Due to all this talk about the breweries in Cincinnati, perhaps no better activity gets you better acquainted with the local scene than taking a brewery tour. Many of the breweries lean German-themed due to the city’s heritage, but if that’s not your preference, a tour can introduce you to all the niche spots, too.

Whether you prefer beer or not, sports fans will also find a home here. For instance, the city has a long baseball history, starting with the Cincinnati Red Stockings in 1869. The more modern Cincinnati Reds started just over a decade later and have won five World Series since inception.

Football fans will have fun, at times, cheering the NFL’s Bengals. Soccer has also proven to inspire residents since FC Cincinnati was formed in 2019. There’s also a variety of major colleges within the city and nearby, such as the University of Cincinnati, Xavier University, and Miami University, whose athletic teams are deserving of mention.

The thing that surprises new residents the most is the abundance of lush outdoor space, like the Cincinnati Nature Center, Glenwood Gardens, and Sharon Woods. You’ll find parks and preserves that allow you to immerse yourself in nature, as well as hiking paths for both the novice and expert.

Discover Your Media Career in Cincinnati

The city of Cincinnati truly has something to inspire everyone. Whether it’s learning at our campus, exploring new neighborhoods, or dining around town, Cincinnati offers plenty of reasons to make it your home for the near future.