If you are interested in going into the broadcasting business as a possible television personality, Al Roker is an excellent individual to study. While he initially cut his teeth on weather reporting, he went on to become a mainstay on NBC’s Today Show and has continued to be one of the longest tenured co-hosts on the program.

Roker is from Queens, New York, although he attended high school in Manhattan. While in high school, he developed a love for animation and originally set his sights on becoming a professional cartoonist. He eventually went on to State University of New York at Oswego and studied communications, graduating in 1976.

Prior to his graduation, Roker started up with a CBS affiliate out of Syracuse, New York and worked as a weather anchor beginning in 1974. When he graduated from college, he left the station and moved to Washington, D.C., where he worked as a weather reporter for an independent station in the area for two years.

By 1978, he started with NBC, moving to Cleveland, Ohio as a weather reporter. He worked as a reporter for five years there before being called back to New York by the main NBC affiliate station, WNBC. He took on the national weekend weather position and within less than a year, he had been promoted to the weeknight weathercaster for the station.

As the flagship affiliate NBC station, it essentially served as the minor leagues for the national NBC network. While working as the main weather forecaster, he would fill in for Joe Witte, the weather anchor on NBC’s News at Sunrise and for Willard Scott on the Today Show. On occasion, he’s also sat in as a news anchor for Bryant Gumbel.

Roker fit in well with the rest of Today’s anchors and eventually went on to receive a full-time promotion as the weather reporter and anchor on the show starting in 1996, once Willard Scott announced a semi-retirement from his position.

Due to his pleasant personality, Roker became a fan favorite throughout the industry. He communicated and interacted with guests and fans easily and had an excellent back-and-forth with whomever he worked with on the show. He even appeared on multiple programs for charity due to his love of game shows, including Jeopardy!, Wheel of Fortune and Celebrity Family Feud. Beyond this, he has hosted several game shows and special events. This includes Who Wants to Be a Millionaire and the Macy’s Thanksgiving Day Parade.

Al Roker has taken his good fortune as working as one of the top news and weather personalities in the country and used this to give back to the less fortunate. This includes serving as an official supporter of Ronald McDonald House and he has served as the official spokesman for Amtrak’s National Train Day. He has now been a host on NBC’s Today Show for more than 20 years and continues to reach people nationwide. 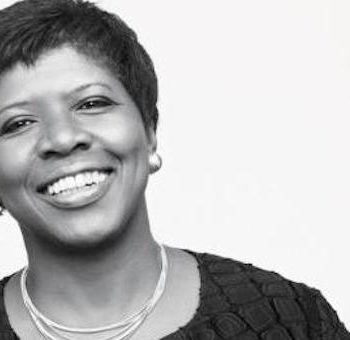