At Media Schools, we believe that the next five years for broadcasters will see the further blending of communication services by traditional networks, internet upstarts, and information technology giants.

This trend has been the undercurrent—and occasionally the rip tide—powering (and often disrupting) the communications world over the past five years, and it will only accelerate.

A Place for Broadcasting

Those interested in entering the broadcasting industry may worry that, like print journalists before them, they are preparing for a diminishing future. Yet the airwaves are national resources and will never disappear.

Accenture recently released its updated 2016 study, “The Future of Broadcasting V.” The study reserves a special insight into broadcasting, which admittedly seems to have taken a pounding from internet and niche companies. Broadcasting has two distinct advantages over all the other channels, points out Accenture:

“The first can be summed up in one word: trust. Most broadcasters have been at the heart of their national cultural life for decades, and audiences have grown up with them in their lives.”

Viewers 50 years of age and older fondly recall the days of just three or four TV channels and the likes of Walter Cronkite, while Generation Y consumers recall watching O.J. Simpson’s slow-motion car chase and the tragedy of 9/11. In nearly every historic moment of the past 60 years, viewers relied on skilled broadcasters and broadcast technicians to bring them news.

Broadcasters’ second advantage, according to Accenture:

“Centers on a broadcaster’s greatest asset: its people.. .Digital natives are likely to have the edge in deriving insights from analytics, but they may lack the human input needed to make content and services resonate emotionally with audiences. For broadcasters this human element is second nature, as it has been at the heart of decisions about content commissioning, scheduling and advertising inventory for many years.” 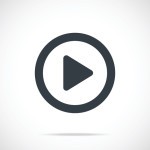 Video will be taking on a larger part of our media intake.

A recent PopSci online article showed Facebook’s founder, Mark Zuckerberg, and his enthusiasm for live video. Facebook has tweaked its algorithm to advance live video broadcasts to higher rank in viewer’s news feeds. The downside? With the universality of Facebook, anyone can become a “broadcaster,” for good or for bad. Trained professionals and hack amateurs alike can upload content. Facebook Groups will narrow the audience, but Facebook Events will stream widely.

Zuckerberg intends Facebook to become your primary screen, the place you go for news, sports events and more. Expect pushback from other sectors as the industry slices into ever-narrower niches.

Over-the-top, or delivery of television and film content by internet, will expand given the success of Netflix and others. Streaming TV will be big for Apple and emerging players like NewsON, which allows viewers to find local news broadcasts.

How to Become a Broadcaster on TV and the Internet

At Media Schools, we understand that the blurring of the lines between broadcast media and the internet will likely mean a growing demand for tech-savvy personalities and technicians with a blending of information technology and broadcasting skills. We are preparing our students to meet that demand.

News anchors and reporters will likely need to produce pieces quickly, from cell phones and other portable devices. Attending our broadcasting college can give future professionals an advantage in a rapidly changing market. 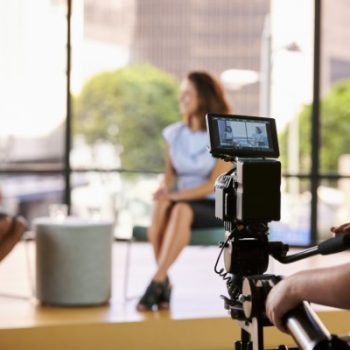 How to Become A TV or Film Camera Operator