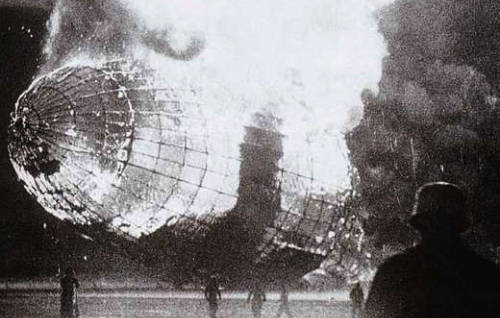 Before the age of television truly took off, the majority of people around the world received their news through the aid of the radio. While the radio is still an important means of transmitting information and entertainment, it remained the main form of sending out real-time reports and content throughout the world. Due to this, some of the most historic events in the last 150 years occurred in real time through a radio broadcast. While there are several historic radio broadcasts that have hit the radio waves over time, ranging from FDR’s announcement of the attack on Pearl Harbor that sent the United States into World War II, all the way to the assassination of John F. Kennedy Jr., these actually fail in comparison to the three most historic and memorable radio broadcasts to ever hit the radio waves.

Around the turn of the century, one of the best ways of travel was thought to be through the use of a blimp, or in Germany, it was known as a zeppelin. In fact, it really proved to be the only real means of air travel, to many wealthier individuals took to the skies using this method. However, unlike modern blimps, these were filled with hydrogen. This is an extremely flammable material, so a single spark can cause an entire vessel to burst into flames. This was exactly what happened to the Hindenburg. The Hindenburg was a German passenger ship that took to flight on the 6th of May, 1937. It was making an attempt to dock with a mooring mast at the Naval Air Station Lakehurst. This is just outside of the town of Lakehurst, New Jersey. Due to a fire in the rear of the blimp, the vessel burst into flames as it cascaded to the ground. At the time, Herbert Morrison was a radio reporter and eye witness to the entire event. Due to the low descent of the blimp as the hydrogen slowly leaked out and was engulfed in flames, it seemed to move downward in slow motion as more and more smoke and flames engulfed the entire scene. While Morrison reported everything that went on from his viewpoint, probably the most famous line he spoke was “Oh, the humanity!” which continues to be a catch phrase not only used by him, but has since been used countless other times in reference to the scene.

War of the Worlds

War of the Worlds was a famous book written by H.G. Wells right before the turn of the 20th century. Orson Welles, was an up and coming entertainer at the time and so he, along with several other producers, were hired to create radio drama based around the book for CBS. Orson Welles performed the broadcast as if on the scene as a reporter along with several other supporting cast members. The broadcast lasted 60 minutes in length with the first 40 minutes geared more towards created news bulletins in order to give the feel that an alien invasion was taking place. On top of this, in order to make it feel more real, they didn’t use any commercial breaks, so it seemed to be more of a live news announcement. The radio broadcast caused widespread panic throughout the country as people unfamiliar with the book or who had not heard the beginning of the broadcast believed it to be true. While this event eventually figured itself out after days of newspaper and radio headlines stating everything was staged, it did send Orson Welles to the top of the entertainment industry.

I Have a Dream

One of the most famous speeches ever given in the history of the world (and especially in American history), Martin Luther King Jr.’s speech of “I Have a Dream” continues to be a turning point in the story of segregation throughout the United States. King gave this speech from the steps of the Lincoln Memorial in Washington, D.C. in front of an estimated crowed of over 250,000 people. He called for the country to end racism throughout the United States. King selected this location in order to stand at the foot of Abraham Lincoln, he gave another famous American speech in the Emancipation Proclamation, which freed slaves in the United States exactly 100 years earlier. Martin Luther King Jr. cited this speech many times throughout his own. This turned into a spearhead for the civil rights movement and it pushed King to become the true leader of the movement, despite others working to bring equality to every citizen in the United States. However, two years after he gave the speech, Martin Luther King Jr. was assassinated in his hotel room while he was touring the country visiting others working towards the country’s equality.

While it’s important to have an understanding of the broadcasting industry as it is today, understanding the industry throughout history is also something that could be instrumental to help land your first job.

If you’d like more information about our 9-month, hands-on, technical training program, our admissions staff is ready to answer all your questions. 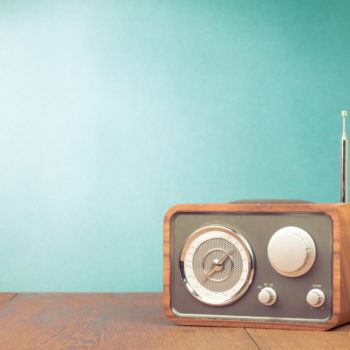 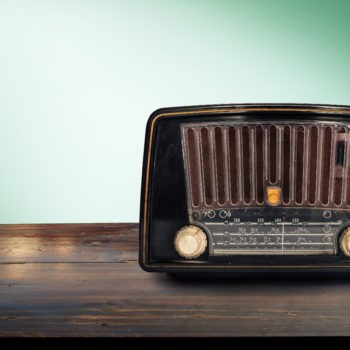